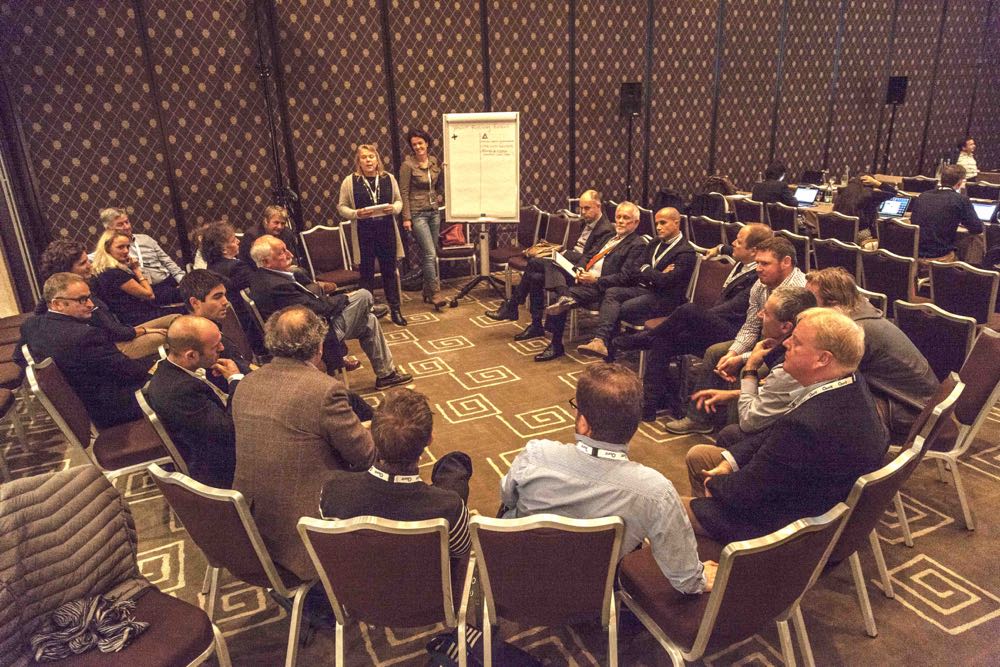 The overwhelming feeling as people came away from the Yacht Racing Forum in Geneva earlier this week is that such a gathering is vital for driving the sport of sailing forwards.

One of the most respected thinkers and commercially-driven entrepreneurs in the sailing world, OC Sport’s Mark Turner commented: “Any sport that doesn’t have at least one occasion each year to debate issues as openly as possible, just isn’t serious. Sailing is a sport that requires a lot of dollars to make it function. The Forum is a good place to look at those issues.”

Turner also wanted to see closer co-operation with the International Sailing Federation, or World Sailing as the sport’s governing body has now become known after World Sailing vice-president Gary Jobson made the formal announcement during the Geneva gathering. Turner said: “There should be more integration with the ISAF Annual Conference. But rather than forcing them together, it would be a sign of progress when people realise that it makes sense for them to be together.”

The soon-to-depart CEO of the Volvo Ocean Race, Knut Frostad, agreed with Turner on the need for the Yacht Racing Forum. “I think the most valuable aspect of the Forum is to inspire each other,” said Frostad, who leaves the Volvo Ocean Race to spend more time with his family next February. “Sailing lost way too much confidence over the years, and we need to get that confidence back. The America’s Cup went down the drain for a while, and we had a bit of an identity crisis. I saw more and more sailing events bashing each other, rather than supporting each other. We need to be more confident. Do we want to try to be like everyone else, or have faith that sailing is the coolest thing on the planet? This is a great Forum to share ideas and build confidence.”

Winning skipper of the Volvo Ocean Race, Ian Walker, shared his passion for every level of the sport, and believed that in some developed nations, kids are being so overcoached to the point where they want to leave the sport in their late teens, never to return. This view struck a chord with C-Class Catamaran president, Steve Clark, and editor of Seahorse International magazine, Andrew Hurst. “We are absurdly overcoaching young sailors,” said Hurst. “We have very few Optimist champions who have gone on to win silverware [at senior level]. We need to inspire youngsters to look at sailing as a sport for life.”

‘A sport for life’ is one of the themes behind ISAF’s rebranding to World Sailing, which Gary Jobson said was part of a move to make ISAF more relevant to all aspects of the sport. It has been a time of big change for the Federation, with the recent departure of Peter Sowrey after just five months as the first ever CEO of ISAF. “Peter Sowrey’s departure was a mutual decision,” said Jobson. “It was not a good fit from either perspective. He’s a good guy, a turnaround kind of guy. ISAF has a lot of diplomacy involved in it, and it just wasn’t going to work out. Our recruitment process wasn’t quite right. The question now is, do we want the CEO type person, or go back to a general secretary/ executive director? I do think that those of us on the Executive can do it better next time, because clearly we didn’t do the process correctly.” 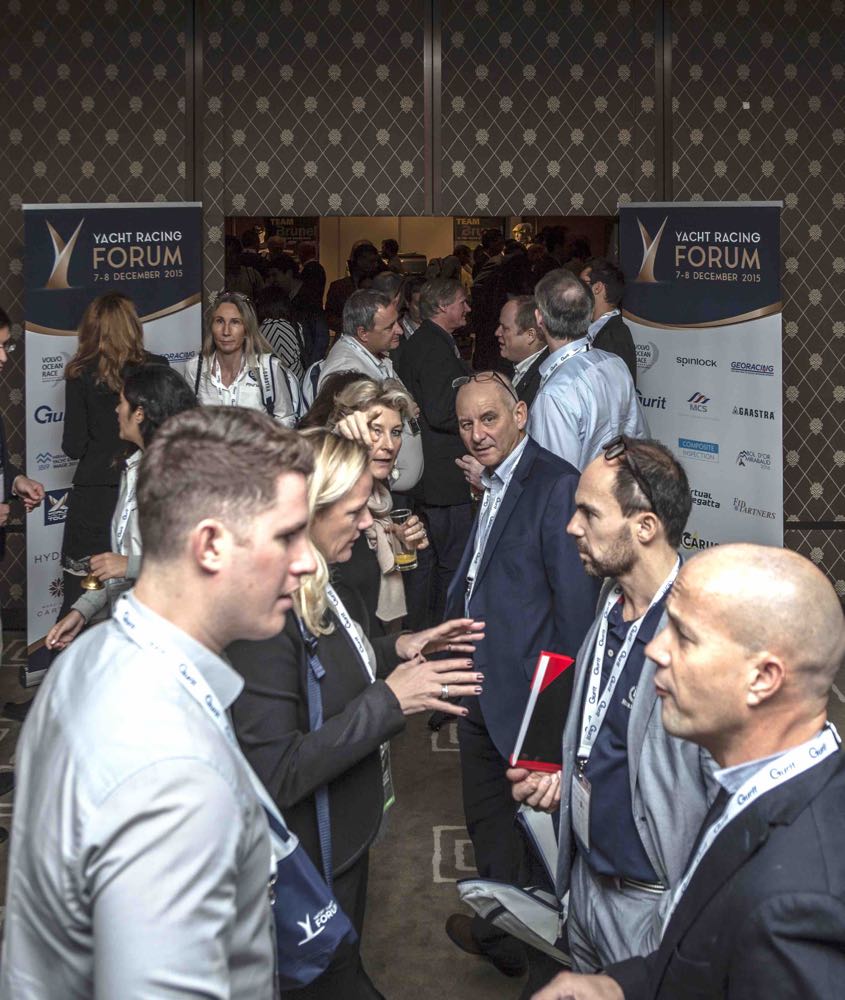 Alastair Fox, head of Events at ISAF/World Sailing, said there were many reasons to be excited about the potential of Rio 2016 to showcase sailing to the world, whilst acknowledging the ongoing challenges of the venue, not least the widely reported problems of water pollution and the risk to the health of the athletes. The Federation, he said, had responded to the International Olympic Committee’s strong desire to see greater representation from emerging nations with a new continent-based qualification process for the Games. “Athletes from emerging nations have the opportunity to qualify in all 10 events at the Olympics. Through the new qualifying structure for the Olympics, we’re hoping that we can inspire areas of the world, and nations who thought the Olympics was too far from them, to believe that it is now a realistic goal.”

Emerging nations was a strong topic for discussion, with China’s growing enthusiasm for sailing explained by Dr Lingling Liu, managing director of Guo Chan Racing Management. Mark Turner also called for the sport to continue to look east for opportunities to really grow the sport exponentially.

Bringing more women into the sport was another hot topic, and the Forum welcomed the observations of Gabriella Ekelund, vice-president at SCA, the Swedish consumer brand that supported Sam Davies and her female team in the Volvo Ocean Race. “We believe we have inspired and motivated the whole world around sailing and female sailors, and it was a great connect for us as a brand,” said Ekelund. “But it requires a lot of effort from an organisation to do it as successfully as we believe we did. That all gets factored into why we decided not to do a second Volvo Ocean Race. We believe we have advanced the thoughts around the idea of women in offshore sailing, and now it’s up to someone else to take that forward.”

The Forum also explored the areas of the sport that are thriving at other tiers below the Grand Prix level, such as Oakcliff Sailing Center near New York, headed up by another female role model, former America’s Cup sailor Dawn Riley. Further down the east coast of the USA, Charleston Race Week has exploded from a hundred to more than 300 entries in the space of a few years, and event president Randy Draftz and his team always ask their customers what they could do better next year. A simple process of surveying your customers and striving to get ever closer to the perfect regatta experience. Simple advice, but very effective.

Day one of the Forum had three strands, with separate rooms discussing Business & Marketing, Design & Technology, and Risk Management & Safety. Seahorse contributing editor Dobbs Davis has chaired the Design Symposium for many years, and was proud of the knowledge and passion that shines through at this Symposium. Davis also noted just how much things have changed in a few short but exciting years. “Three years ago at this Forum, when it was in Gothenburg, we had Manolo Ruiz de Elvira from Oracle Team USA and Juan Kouyoumdjian from Artemis Racing, debating whether or not AC72s would be foiling. Now we’re exploring whether it’s an acceptable technology for offshore sailing.”

Tom Touber from the Volvo Ocean Race sounded a more cautionary note from his position chairing the Risk Management sessions. “Volvo Cars have said in 2020 there will be no more fatal accidents in a Volvo car. Can we say the same for sailing? Recent developments have made boats so much faster in the last few years, the risks for people on board are very, very different. We don’t just have trained professional sailors on board, we have guests on board who haven’t had training. The industry has to address these issues.”

There was a strong feeling in the Forum that sailing with its myriad disciplines and events is a very fragmented sport. But over the course of the two days, some like Ian Walker were coming round to the idea that maybe we should celebrate the diversity in the sport. However, brand expert Richard Moore, CEO of Capitalize, argued the case for a clearer pathway from grassroots level up to the top echelons of the sport. “From a sports perspective, sailing is in great health, with the events, the platforms and communities you have created. But if you can market yourself collectively [as a sport], it will be easier to get your message across [to global brands].”

Bernard Schopfer, who took over the management of the Yacht Racing Forum for the first time this year, was delighted with the calibre of discussion and the proliferation of ideas that came out of Geneva. “Our intention is to further develop this event with a long term vision and to provide guarantees of sustainability to the event’s partners and the yacht racing industry. Thank you to all our speakers who brought such insight and passion to the Yacht Racing Forum this year, and we look forward to even more lively discussions in another 12 months from now.”