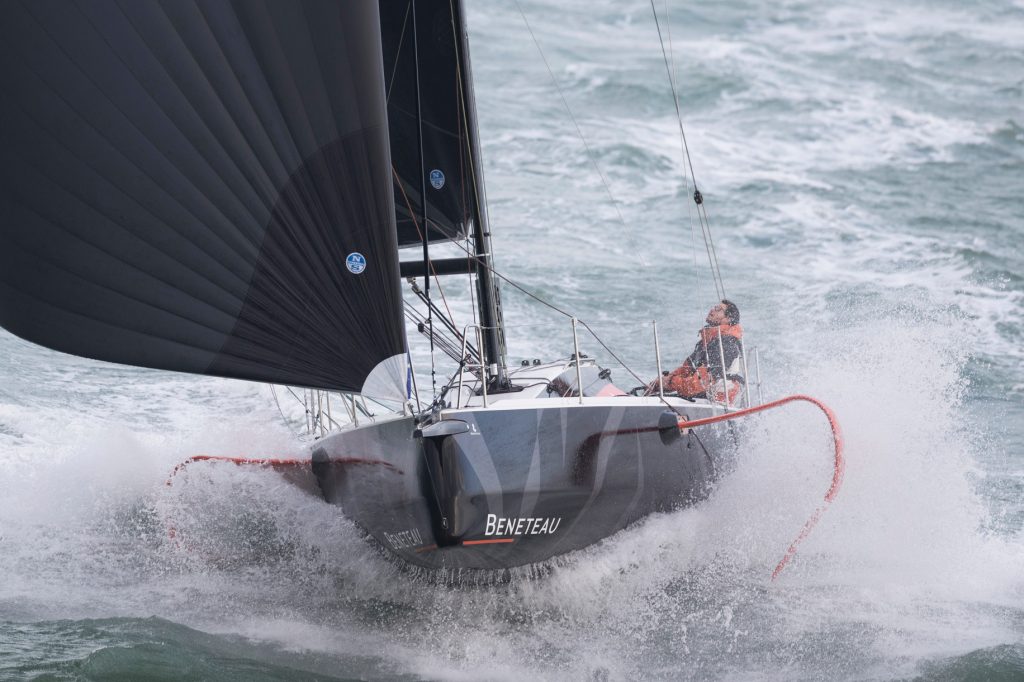 The Yacht Racing Forum is pleased to announce a partnership with Groupe Beneteau, the market leader for motorboats and leading sailboats producer. The exciting new Figaro Beneteau 3 will be exhibited in front of the Cité de la Voile Eric Tabarly. This boat is the latest incarnation of what Beneteau believes a cutting-edge competition sailboat should be, with a new radical foiling system that not only generates lift but also reduces drag and stabilizes while heeling.

«  We are proud to welcome Beneteau as a partner & exhibitor », says Bernard Schopfer, the organiser of the Yacht Racing Forum. « The Beneteau Figaro is a cutting edge race boat that has the potential to become an Olympic offshore Class; a project that is dear to most Yacht Racing Forum participants and that will be debated next month. Beneteau’s involvement in the Forum also opens up new perspectives for the Forum, confirming our mission to address the elite of sailing as well as a wider and less specialised audience. »

Gianguido Girotti, General Manager at Beneteau, will introduce the Figaro Beneteau 3 and discuss its potential Olympic future on October 22. « Joining the Yacht Racing Forum is a great opportunity for Beneteau to reach out to the sports leading personalities from all over the world, and to share our vision for the future of the sport. It is important for us, as a leading brand, to be part of the leading annual conference for the business of sailing and yacht racing. »

The Yacht Racing Forum will take place on October 22-23, 2018 in Brittany, in the town of Lorient, at the heart of the mythical Sailing Valley, one of the world’s most dynamic venues for the sport and the industry of sailing and yacht racing.