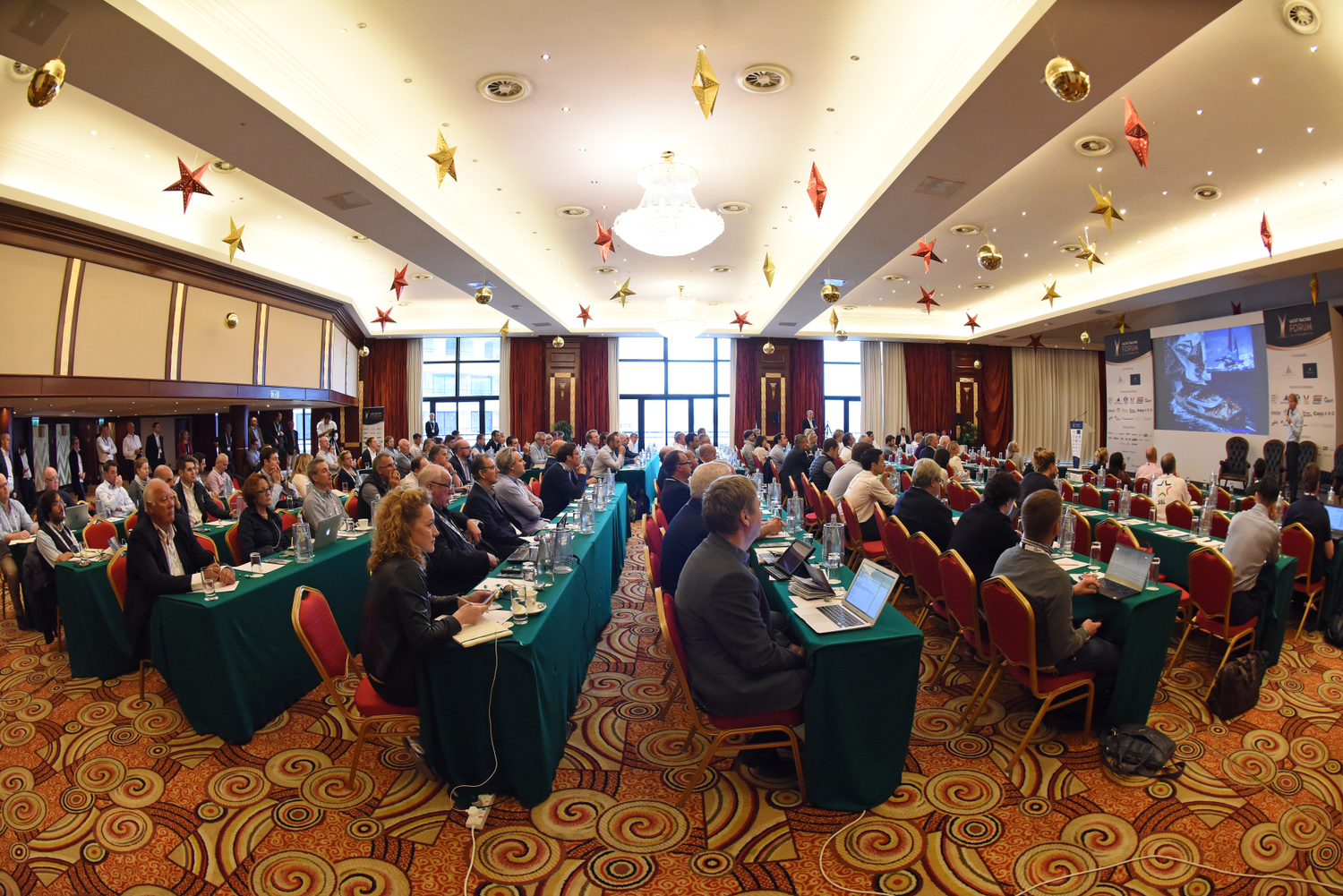 Yacht Racing Forum: A top-to-bottom analysis of a fast-evolving sport

The sport of sailing is so diverse it would be impossible to address all the issues, opportunities and challenges. But the gathering of just over 280 delegates from around the world gave it a good try, as they packed in two very intense days of debate and discussion at the eighth edition of the Yacht Racing Forum in Malta.

The Yacht Racing Forum in Malta brought together 280 delegates from all over the world to discuss the future of the sport, exchange best practice, network and make business.

A strong part of the Forum’s appeal is to share ideas about new developments in design, materials and technology, but also to debate the risks and safety implications; an area where the Yacht Racing Forum plays a pioneering role, being the only organisation to address those issues with speakers spanning the entire spectrum of yacht racing.

The Risk Management & Safety conference marked the second anniversary of Team Vestas Wind’s catastrophic encounter with a reef in the Indian Ocean during the last Volvo Ocean Race. While the race winning skipper, Ian Walker, was sitting in the audience, it was the Vestas navigator Wouter Verbraak who took to the stage to relive that horrific moment. “The only way to improve is to admit your mistakes,” said Verbraak, who has been widely praised for his candour and honesty following his widely-publicised error. He used the stage to draw attention to the limitations of both electronic and paper charts. “Paper charts are of no use on a MOD70 when you’re doing 35 knots in the Caribbean,” he said.

Learning from accidents is one thing, but planning for the worst before it happens is even better. That was the theme of Mike Gascoyne’s address to the Forum, as the motor racing engineer shared his experience of heading up the technical side of many Formula One teams. “You have to design for the unexpected,” he said. “That’s what we do in Formula One and that’s what should be happening in yacht design.” He said it wasn’t good enough to say that yet another canting keel failure was just an unfortunate accident. Good design, he said, requires hard lessons to be learned and incorporated into the design cycle, rather than dismissing these incidents as an unavoidable accident.

On the subject of pre-emptive action, yachting journalist Rob Kothe asked the unaskable to a panel discussing the merits of foiling. “Are we going to wait for a collision and a death before we make changes to the design of foiling boats?” said Kothe.

Another hot topic for debate was environmental sustainability; a subject brought forward for the first time by the Forum in 2011, and finally spreading to other organisations, clubs or events such as World Sailing or Land Rover BAR. Susie Thomson works with both organisations as a sustainability consultant and she gave a clear example of where the British America’s Cup team is working hard to minimise carbon fibre waste. “We have been trying to work out what to do with the race boats and the test boats at their end of life. About 40% of the waste in carbon fibre is in the manufacturing process. So we took the composite waste and had it made into a giant Anglepoise lamp. Carbon fibre is a cool material that can be used much more creatively. As a sport, sailing is at the top of the game in composite construction, and we have a chance to be ahead of the game in the intelligent recycling of composites.”

One of the ‘live’ moments of the Forum was Alex Thomson’s appearance on the satellite phone during the lunchbreak. The Hugo Boss skipper did his best to give an update from the foil-assisted Hugo Boss as he charged through the Southern Ocean.

Andy Hunt, the CEO of World Sailing, said his organisation would start to think in much more commercial terms than it had in the past, and to broaden its focus across the whole sport. Where in past Yacht Racing Forums there has been a lot of vocal criticism of World Sailing, speakers and delegates seemed happier with the more defined direction of travel of the sport’s governing body. Bringing 145 member national authorities with him on that journey may yet prove challenging, but Hunt has the mandate to make some strong moves that should mean World Sailing becomes more relevant to the wider sailing community.

New Volvo Ocean Race CEO Mark Turner shared his vision for the future of his round the world race. Indeed he called on the delegates to help him resolve a couple of big dilemmas for the 2020/21 edition of the race when he asked for a show of hands on two questions:

In both cases the show of hands was about 50/50. “Well, that didn’t help much,” he said, “but at least you can see the problems that we’re facing. My heart says multihull but my head says monohull.”

Turner took the opportunity to repeat an idea that he brought up at last year’s Forum and which has been widely discussed since then in sailing circles. “The potential for an offshore class in the Olympics would be a major help to build the bottom part of the pyramid. It would do something incredible to bridge that gap [to the Volvo Ocean Race], and bridge World Sailing’s credibility gap too.”

Considering Mitch Booth is a two-time Olympic medallist, it was a surprise to hear the Australian multihull veteran ask the panel: “What if sailing was dropped from the Olympics? Would we die, survive or thrive?” Turner replied: “A bit like Brexit, I don’t think it would be as bad as we might fear. I think sailing would be just fine. I think it would bring in new innovation. But we should still aim to stay there. The Olympics is forcing us to innovate and we should respond to that and take advantage of the opportunities.”

America’s Cup winning skipper and former Olympic campaigner Ed Baird warned against ‘tail wagging the dog’ syndrome, that sailing shouldn’t be bullied into re-arranging itself to suit the interests of other parties such as the International Olympic Committee. “From my perspective as a competitor, I want to be rewarded for my gain in performance and overall ability, not one 20 minute period in my life,” he said, referring to the double-points Medal Race. “When I watch the Olympics it makes me crazy that we count all the scores and put some incredible priority on the last race. Golfers aren’t going to let that happen to their sport. We’re allowing outside influences to change the game that we play.”

Fellow America’s Cup sailor and Volvo Ocean Race veteran Ken Read said that it was important that opinion leaders at the top of the sport “remember the little guy”. He said: As fun as it is to talk about the top end of the sport and all these high performance boats, there are a million fibreglass boats out there that people are sailing for fun. It’s cool to be in this amazing evolution of the sport, but we need to remember that it’s those guys that are the backbone of sailing.”

The Design & Technology Symposium focused on the latest innovations including foiling, the integration of more composite materials in the design process, developments in superyachts and innovations in sail design and construction. Juan Kouyoumdjian made a welcome return to the Symposium after a few year’s absence, to share his ideas on where big boat racing is going for the future, such as the possible creation of a Super Maxi class. His talk was part of a long discussion on what’s become a wildly popular class of superyachts, with 170 boats now competing around the world with superyacht racing certificates.

The ninth edition of the Yacht Racing Forum takes place in Aarhus, Denmark, on 27 & 28 November 2017.