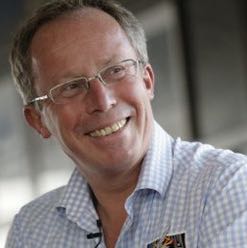 As a sometime sailor and full time international businessman, Andrew Pindar became involved in the more serious side of yachting some forty years ago by sponsoring the North Sea Race from his home town of Scarborough to Ijmuiden, Holland. This proved to be the start of a relationship with boats, people and water which has evolved to make the Pindar name synonymous with some of the most notable global sailing campaigns of the recent decades.

The Pindar name and it’s Arctic Tern logo have already sailed round the world seven times and in business has, for the last twelve years, been seen in partnership with global shipping and logistics company GAC trading as GAC Pindar. Today GAC Pindar is proud to deliver the logistics for the majority of the worlds leading sailing events including the GC32 series, The Ocean Race and some teams in The Americas Cup.  Six years ago GAC Pindar announced a ground breaking four year logistics partnership with World Sailing, the governing body of the sport, designed to benefit sailors from the 145 member nations and support the return of sailing to the Paralympics.

Wearing a separate hat his company Pindar Sailing Partners runs a thriving consultancy, charter and event delivery business putting all manner of sailing spectacles on show and often utilising its two Volvo 60 yachts. Most recently this involved running a pioneering sailing programme out of Jeddah in the KSA and previously in Portugal, Dubai, AbuDhabi and Bahrain. Over the last three years Pindar have worked for P&O Marinas, a subsidiary of DP World to promote Watersports from Mina Rashid in Dubai and were instrumental in bringing SailGP to the Middle East for the first time.

With a significant network throughout the universe of sailing Andrew is known and made welcome in all settings of the sport and industry of sailing. Such connections open doors, provide pathways and bring business opportunities in the process. To this end Andrew was asked to be an Ambassador of the last Volvo Ocean Race, is active with the development of the influential Foiling Week and the future World Yacht Rally. He has also recently joined the advisory board of a startup software company called Kinetix which is bringing a product to market to help the on water performance of sailors.

Andrew has been a director of Scaramouche, a charity which gets inner city children out sailing; he is currently a director of The Magenta Project, a charity focused on increasing female participation in sailing and both a patron of Sail4Cancer charity and a longtime supporter of the UKSA charity. In 2019 he initiated and funded a worldwide study looking into the participation of girls and women in sailing, leading to the development of a blueprint for gender equity throughout the sport.

Andrew has membership of the Royal Ocean Racing Club and the Royal New Zealand Yacht Squadron, is an honorary member of the Westbere Sailing Club and a former Rear Commodore of Scarborough Yacht Club.

In 1999 he was recognised for his leading work in the graphic arts industry with an honorary Professorship from The University of The Arts in London. In 2004 he was appointed a Deputy Lieutenant of North Yorkshire, becoming a representative in the county of Her Majesty Queen Elizabeth the 2nd. And in 2009 he was bestowed with the honour of Officer of The Order of the British Empire for his service to society and industry. In 2020 World Sailing presented him with the Presidents Award for development of the sport around the world.

He is married to Caroline, a Civil Engineer and Marine Biologist and together they have two children, Zoe who is a medical Doctor and George who is in the middle of a PhD in GeoPhysics at Cambridge. Though advanced in years Andrew’s parents continue in their lifelong philosophy of giving back to society through personal service and financial contribution, including providing vital funding for The Magenta Project.