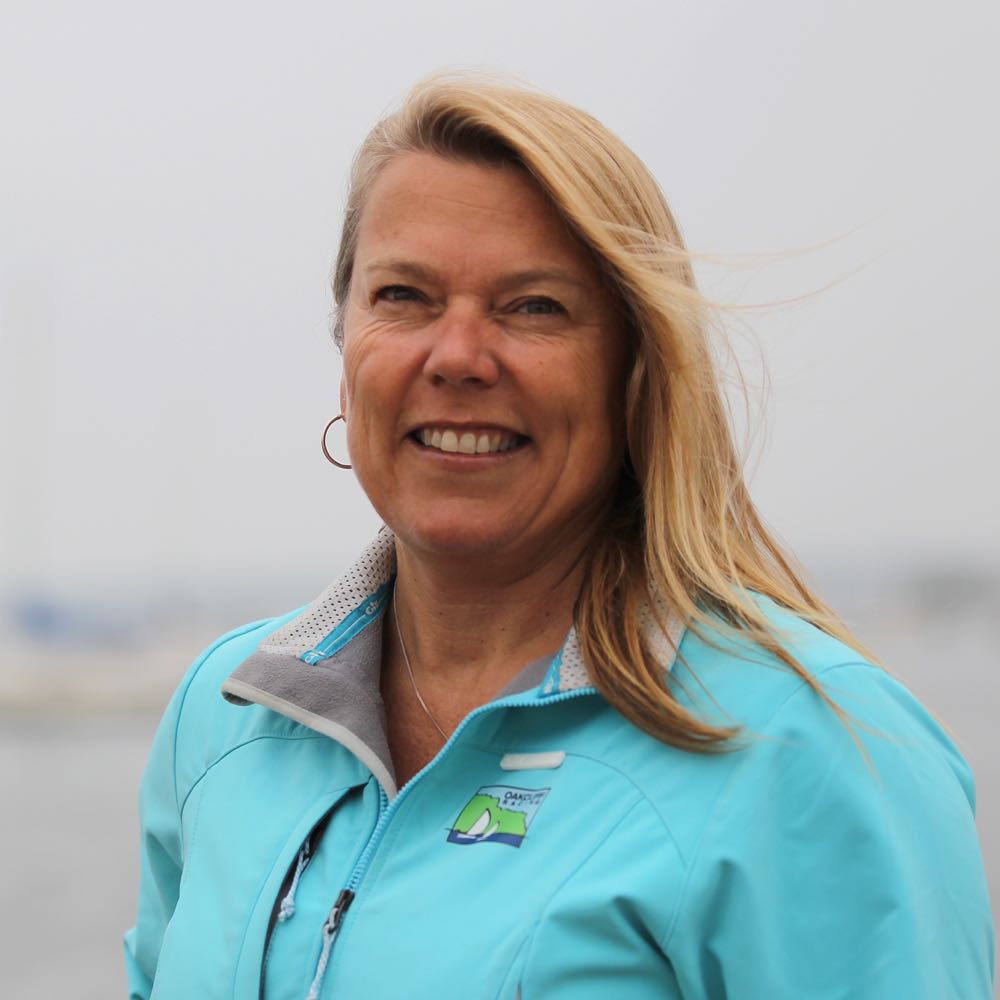 As CEO and captain of America True, Riley was the first woman to manage an America’s Cup sailing team. She raced on four America’s Cup and two Whitbread (now The Ocean Race) teams. The first one in 1989-90 she sailed as Watch Captain, Diver and Engineer. This race is the subject of the newly released documentary Maiden. She is a former president of the Woman’s Sports Foundation, served on the board of US Sailing, and is an adviser to several public service organizations.

Originally from Southeast Michigan, Riley has been in Oyster Bay, New York at Oakcliff Sailing since the inception in 2010. There she is building American leaders through sailing. A nonprofit open to all, Oakcliff’s signature Acorn and Sapling programs train athletes in inshore, offshore and high-performance sailing. Graduates receive training in all aspects of running a racing campaign from technical to finance to marketing and strategy.

Oakcliff is creating leaders inside and outside of the marine industry with graduates currently working throughout the industry. Oakcliff is the training partner for the NYYC’s America’s Cup team, American Magic, The Ocean Race’s 11th Hour Racing and is working with US Sailing training the next Olympic champions.