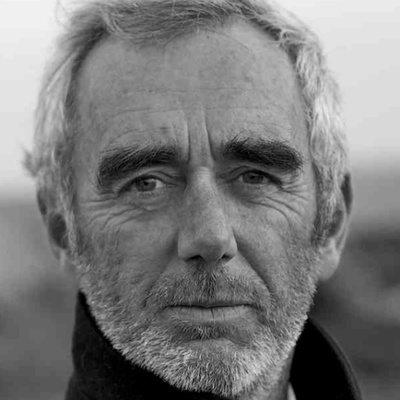 Round the world sailor and America’s Cup finalist, Loïck Peyron is undoubtedly the most emblematic skipper of the “French school” of ocean racing, but his exceptional record is not enough to define this outstanding sailor. Endowed with an incredible sixth sense of the sea, Loïck Peyron is also an outstanding communicator and technician whose influence on the evolution of modern monohulls and multihulls has been decisive for several decades. This unparalleled expertise has naturally made him a much sought-after helmsman, especially on the America’s CUP. This is how we saw him at the helm of the huge catamaran Alinghi for the final of the 33rd America’s Cup, before setting a record around the world at the helm of the maxi trimaran Banque Populaire, and the first flights of the AC 72 on the 34th America’s Cup.
His nautical record is unique: holder of the Jules Verne trophy, five ORMA champion titles, four victories in the European race, but above all, one victory on the Route du Rhum and three on “The Transat”. Loïck Peyron has an impressive number of single and multi miles to his credit, having made his first solo Atlantic crossing in the Mini Transat at the age of 18, and having taken part in the first Vendée Globe in history, during which he carried out the extraordinary rescue of Philippe Poupon. A talented sportsman, skipper eager for innovation, experienced team manager, he speaks about sailing and the great outdoors with simplicity.
After a first attempt with Team France in 2004. It is within Team Alinghi that Loïck Peyron enters the elitist universe of the America’s CUP. With Ernesto Bertarelli, he is helmsman of the Alinghi catamaran, defender of the 33rd edition in Valencia against the Oracle trimaran. Loïck is the only Frenchman to have helmed a boat in the America’s Cup final.
Skipper of Energy Team on the ACWS in 2011/2012; he joins Artemis Racing in 2013 for the 34th America’s CUP in San Francisco and the 35th in Bermuda.