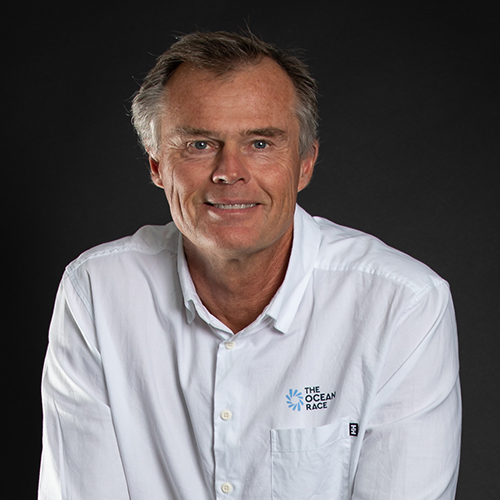 Johan Salén is the Managing Director and a co-owner of The Ocean Race, an event he has been involved with for 30 years as a sailor, team project manager and leader of the event organising body. A world championship windsurfer, Salén first competed in what was then known as the Whitbread Round the World Race in 1989-90 as a sailor on board The Card. For the 1993/94 edition, he moved into project management with Intrum Justitia, leading the team to a second place finish, before earning his first race win managing the EF Language campaign in 1997/98. More team projects would follow, including another race win with Ericsson 4 in 2007/08. For the 2014/15 edition of the Race, Salén led the high-profile all-women’s entry, Team SCA.
All of the above projects were undertaken in partnership with Richard Brisius and in 2017-18 the pair were named co-Presidents of the race. When an opportunity to purchase the race from Volvo presented itself, Salén, Brisius and long-time partner and advisor Jan Litborn became co-owners of The Ocean Race, with a focus on opening the event up to more sailors and teams ahead of the 2022/23 edition and promoting ‘Racing with Purpose’, putting an award-winning sustainability programme at the heart of the race.